Share a memory
Obituary & Services
Tribute Wall
Read more about the life story of Scott and share your memory.

Scott Dye, 60, passed away on November 10, 2022. Scott was born in Wayzata, Minnesota. He graduated high school from Vinton, Iowa. Scott attended Hibbing Community College where he made lifelong friends playing football and completed his Business Associates Degree. He then continued on to Concordia College to further pursue his football career.

Scott lived in several places when he was younger with his family eventually settling in Hibbing, Minnesota. Scott was a jack of all trades. Between selling air purifiers in California, being a loan officer in the south side of Chicago, owning a grocery store in Marble, MN, selling real estate and co-owning a sporting goods store (Dye Sports) in Hibbing with his parents, he eventually settled his career as an insulator and owned Range Mechanical Insulators with his wife.

Scott enjoyed golfing, hunting, fishing, watching Minnesota sports and playing pool, but was happiest hanging out at the family cabin on Lawrence Lake - riding on the pontoon, playing games, sitting around the fire and enjoying his favorite drink, mudslides. Scott loved to surround himself with family and friends and he especially enjoyed being “Papa” to Maisie and Briggs. His fun loving energy was infectious and so was his love for life. He truly lived his life to the fullest.

Scott was preceded in death by his parents, Stu and Barb Dye, who passed away in February of 2020. Scott is survived by the love of his life for 34 years, Bernadette; son Matthew and his wife Alyssa and their children, Maisie and Briggs; daughter Maggie and her husband Jon Dittbenner; and daughter Katie and her husband Kyle Erickson; brother Rick (Anne) Dye; sister Dianna (Don) Burkey; many extended family members and friends.

Services will be at Dougherty’s Funeral Home on Friday, November 18, with visitation beginning at 1:00pm and service at 2:30pm. The family will gather for food and a celebration of life  immediately following at Checco’s for Scott’s last call. As Scott would say “there’s always time for a beer” and then he would laugh and say “I love you guys!” 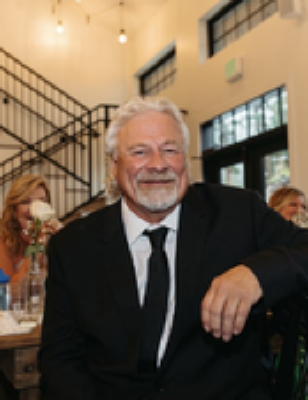