Share a memory
Obituary & Services
Tribute Wall
Read more about the life story of Neal and share your memory.

Berens. He graduated from LL Wright High School in Ironwood, Michigan in 1944 and served in WWII with the Headquarters Squadron-Pacific Air Service Command in the Philippines. After returning from the service, he graduated from Michigan State University with a degree in geology in June 1951. At Michigan State he met Mary Grace Lee. They were married on June 16, 1951.

Upon graduation he worked briefly with the Michigan Geological Survey. He was employed by Pickands Mather and Co. in August 1951 as the District Geologist for the Cuyuna Range, in Crosby, Minnesota. In

1970 when he became Chief Geologist of Mining Operations for Pickands Mather and Co. in charge of geological work for Hibbing Taconite, Erie Mining Company, Wabush Mines, Griffith Mine in Ontario, CA, Hilton Mines, Quebec, CA, and Savage River Mine in Tasmania, Australia. He worked the last four years for Cleveland Cliffs after they purchased Pickands Mather. After 38 years, Neal retired from Cleveland Cliffs on March 21, 1989. After retirement you could find him in his gardens, listening to music concerts, volunteering for Meals on Wheels, and enjoying the many activities of his grandchildren and great grandchildren. He taught them how to play his favorite card game, cribbage. He loved all animals, particularly dogs and cats. Neal is survived by his 10 children: Kathleen Walker, Neal F. (Kim) Walker, Fr. Thomas Walker, Elizabeth (Tim) Vrudny, Michael (Laurie) Walker, James (Billie) Walker, Janice (Jeff) Hymas, Joanne (Jon) Hakala, Samuel (Julie) Walker and Daniel (Corinne) Walker. He is survived and will be missed by his 18 grandchildren and 13 great grandchildren. He is preceded in death by his loving wife of 53 years, Mary Grace, his parents, his brothers, and sisters, two of his children: Gerald and Robert, and his son-in-law, Jon Hakala. Mass of Christian Burial will be held 11:00 am Friday, January 27, 2023 at Blessed Sacrament Catholic Church. Visitation will be held at 10 am until the beginning of mass at 11:00 am. Private Interment with Military Honors will be held at Maple Hill Cemetery in Hibbing. Those wishing to honor his life can make donations to Range Regional Animal Shelter, or Meals on Wheels through Arrowhead Economic Opportunity Agency (AEOA). 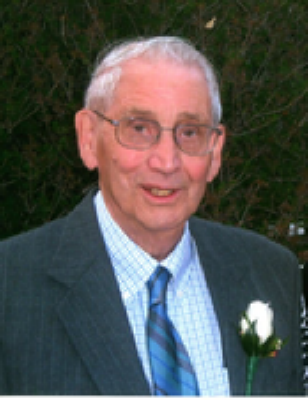