Share a memory
Obituary & Services
Tribute Wall
Read more about the life story of Joseph and share your memory.

Joseph Harold Rutherford, age 94 of Hibbing, MN, passed away peacefully with his daughters by his side on January 16th, 2023 at Heritage Manor in Chisholm, MN.  Joe was born in Duluth, MN, on May 3, 1928 to Harold and Agnes (Brackett) Rutherford.  He grew up in the Mahoning Location, where he met and grew up with his future wife; Shirley Martinson, and attended school in Hibbing.  He graduated high school and went off to serve his country in the Marine Corps.  He was a staff sergeant and also worked as a mechanic for the US Military in total being enlisted from 1946 to 1952.  He served during the end of WWII and later on during the Korean War.  He was privileged enough to be celebrated on the Honor Flight to Washington DC with his daughter Cindy.  Joe was a mechanic in every sense of the word as he worked at the Mahoning Mine for many years.  While there, he started building a home for his family in Hibbing around 1957 and that is where they stayed.  Joe went on to work at the Hibbing Fire Department for the city from 1957 to 1982. He was the superintendent of the Hibbing Fire and Police alarm systems.  Joe also worked as an electrician for all of the stoplights in town and also taught volunteers and recruits at different fire stations all over the state and even drove school bus!  He fished morning, noon and night, especially while up on Lake Kabetogama and staying at Pokorny's Resort!  He even made it onto one of the resort's summer activity pamphlets!  Joe did a little bit of everything as he was an avid bird hunter, fish spearer and snowshoer.  He loved crossword puzzles, reading, baking bread and even building and flying RC planes (even losing and crashing a few).  Most recently, Joe enjoyed going for walks, getting coffee at Hardee's with his friends and being at his cabin on Kab.
Joe is survived by his daughters; Sue (Terry) Thomsen, Cindy (George) Skurich and Jody (Steve Dewar) Rutherford, grandkids; Chad, Joe, Mike, Carley, Charley and Mindy and great grandkids; Cody, Tyler, Ilexa, Tommy, Ruby, Derek, Jack, Max, Rudy, Miranda, Rylee, Isaac and Joey.  He is preceded in death by his wife; Shirley, son; Thomas (Eve) Rutherford and his four siblings.
There will be a Mass of Christian Burial at 11AM on Monday, January 23, 2023 at the Blessed Sacrament Church in Hibbing.  Visitation will take place one hour prior to the service at 10AM.  Father Bill Skarich will officiate mass.
Burial will take place at the Maple Hill Cemetery in Hibbing with military honors accorded by the Mid-Range Honor Guard.  Arrangements are with the Dougherty Funeral Home of Hibbing.  Please visit our website at www.doughertyofhibbing.com to leave a message of condolence. 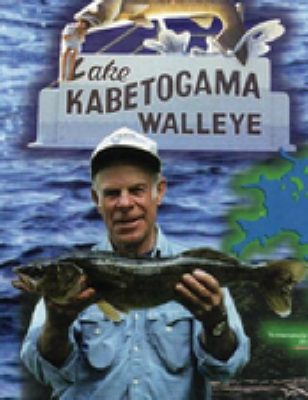